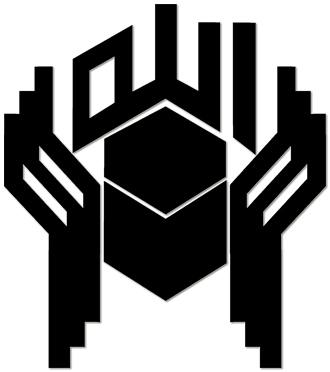 Muhammad Shaikh coined the original name “IIPC” in 1985, after a life-threatening incident that shook him and made him rethink the purpose of life. This led him to make a covenant with Allah that if his life was spared, he would dedicate it to the cause of Allah. Since then he has stood true to his covenant with Allah by promoting/propagating the Ayaats / Verses of The Quran. He was driven with the purpose that the message of The Book needed to be highlighted and delivered to mankind. IIPC is that name which represented his platform.

Muhammad Shaikh started to deliver lectures on various topics in private gatherings and discussing them on a personal level. Subsequently he organized his first lecture in public. After this first public gathering, people who were already inspired at this time (geographically placed in Karachi, Pakistan) by Muhammad Shaikh saw the need that he should be left to ponder and formulate (with the help of Allah) future lectures and sermons, while the responsibility to run and manage the platform of IIPC should be their responsibility. Muhammad Shaikh then allowed this platform, at that time only a name not a registered organization, to be used by those people who stood influenced and were inspired to follow only the truth from The Book of Allah.

These people who took on this responsibility were at that time geographically limited to Karachi, Pakistan and were not in a position to have a registered organization and be able to run it in an organized manner. They continued just with the name IIPC. However this geographical restriction was short lived. When Internet became a global information hub and started a race for the world to become a global village, more and more people, who were in touch with the lectures of Muhammad Shaikh (and also in person for their personal consultations in the light of The Book of Allah), started migrating from Pakistan to various countries, and started promoting it in their communities. Not only the people in Pakistan start propagating the message through social media, but all those individuals who now got information through the internet about lectures given by Muhammad Shaikh, they also started to create various social media platforms for this purpose. These are the very social media sites of which IIPC Canada has now taken ownership.

Since Muhammad Shaikh had not restricted anyone under copyrights to use the name “IIPC” or his lectures, people continued to use the name and information on their own. The reasoning at the time for him not to object (and which has always remained) was that as long as his main interest stays intact, which is to promote his already delivered lectures in their true form and spirit, this would only help him reach out with the message to the entire mankind.

Organization at a Glance

We will be sending you upcoming event information and more!